For a long time guitar modes seemed very mysterious to me, and I just couldn’t grasp what they were, or how to use them. It turns out there wasn't much mystery at all.

Music theory has never been my forte, and I still to this day find it difficult to follow along when people get too deep into it. I have some understanding of course, that’s what years of playing will do to you. In short, if I feel I have to for some reason or the other, I’ll dip my toe in it. But if it’s not necessary then I’m quite happy to leave music theory on the side for a rainy day.

Guitar modes explained in a simple way can make all the difference in the world. So this is not going to be too technical or advanced, this is simply how I learned about this. And I can only hope that my somewhat untraditional way of explaining works for you.

What Are The Modes For Guitar?

Well, they’re not scales that’s for sure. Scales are sets of notes arranged at specific note intervals, like for instance the pentatonic scale, diminished scale or why not diatonic scale (we’ll talk about that some more later on).

Modes on the other hand are slightly different. If you play a C major scale over a C, you will hear the happy sound of the major scale. Nothing strange about that. This is called the Ionian mode.

Now, if you instead change that tonic to an A, still playing the exact same scale,  you’ll all of a sudden get the gloomier sound of the A minor scale. And that’s the magic of the modes.

Let me repeat that. If you play a major or minor scale and simply change the tonic over which you play these scales, you are accessing the different modes. It’s as simple as that.

So what are the different modes? And what do they sound like? Well, you have three major sounding ones, three minor sounding ones, and one that is…a little weird and is used over half diminished chords. Which I take it you don’t play very often.

Let’s start with the happy sounding modes first, and how they sound. Later on we’ll of course talk about how you can easily play all of these modes over any jam track.

This is the major scale, the happy sound we’re all familiar with / How it sounds

This is another major sounding mode, but with a more dreamy, fantasy-like feel to it. Great for fusion. / How it sounds.

Great sounding major mode. Just a tad bit more mellow than Ionian and not as overtly chirpy. How it sounds

This is simply the same as the natural minor scale. Quite sad sounding, but very expressive. How it sounds

One of the most popular modes, and used by many jazz, funk and blues players. Works great with minor pentatonic scales, and is a lot less minor sounding than the aeolian mode. A little more cheeky and hopeful you might even say. How it sounds.

Probably the most dark and ominous sounding of them all, with a middle eastern vibe to it. Very often used in metal and hard rock. How it sounds

The seventh and last of the modes is also the least used. Its dissonant sound makes it hard to apply to most musical styles, and it typically lends itself to more fusion-like “out there” jam sessions, played over a lot of half diminished chords. Personally I find it ugly as hell, and chances are you won’t find many songs written in Locrian mode. How it sounds.

So what’s with this diatonic scale? And how does it relate to guitar modes? Glad you asked, because this will change the way you look at modes from now on. Even how you’ll navigate the fretboard.

For me the diatonic scale is the mother of all scales, since you only have to learn 7 different patterns in order to be able to play both major and minor scales in any key. More about that later on.

A diatonic scale is based on seven whole steps of perfect fifths, in contrast to the chromatic scale that includes all the half steps. A full octave in other words.

In a guitar setting this means diatonic scales must have two semitone intervals (half steps) and five tone intervals (whole steps) within one octave. If you were to play all the white notes on a piano keyboard, starting on C and going up the octave you would have played a diatonic scale.

Both the major and minor scales are diatonic in nature, which means that if you know these you’ll also know all the modes. These shapes never change, they only sound different when you either change the tonic or play them in other positions on the fretboard. Let me show you what I mean.

And What About Those Patterns?

I’m a sucker for three notes per string patterns, as I find those easier to play and understand. As you can see in the picture above the entire C major/A minor scale is laid out in neat three-note-per string patterns.

The circled pattern is your go-to major pattern. If played at 8th fret, as shown in the picture, it becomes C major. If the same pattern is played in the key of E (12th fret) you’re playing E major. You get the idea. But let’s just stay with C major for now.

And in different keys this same scale will become something completely different. For instance if played over D, it all of a sudden becomes Dorian mode.

Your other go-to pattern is this one, and it’s your minor pattern. Since the image depicts the A minor scale this pattern starts at the fifth fret, or on the A. If the same pattern is played starting on the third fret, or G, then you’re quite simply playing G minor. Again, you get the picture. Of course, if you move these patterns to a different key all the other patterns around it move along too. Their relative position to eachother is always the same.

The Easy Way To Learn

As already mentioned, the diatonic scale consists of seven notes. Therefore you only have to learn seven patterns in order to be able to play any major or minor scale. Six really, come to think of it, since two of them look identical. It also means that you’ll be able to play all the modes. In any key. Period. Yes, it’s that simple. These seven patterns will simply repeat themselves all over the fretboard in places where you logically expect them to.

I’m not sure if this is in alignment with correct music theory or not, but it works and it’s simple, and it’ll get you started with modes really fast. Let’s check these patterns out!

If it makes it easier to understand we’ll just refer to these patterns as position 1-7, where 1 is our minor pattern and 3 is our major pattern. The rest is very simple. If you’re moving up the neck, towards your pickups, you’re also moving up in numbers. So if you’re playing position 3 the next one up is 4, and the next one after that is 5 and so on. Same thing if you go down the neck towards your headstock, then you would go from 3 to 2 to 1.

When playing vertically, down is towards the floor and up is towards your face.

When you look at these scales this way, from a diatonic perspective, you’ll learn pretty quickly how to play them up and down the neck. But in order for them to be useful to you in any musical sense, you also need to connect these patterns, or scales, to the key of your choice. So that you can also play the mode of your choice, and expand on your possibilities to express yourself with the guitar.

Connecting Modes To Their Major And Minor Scale Pattern

To top it all off, this is how you tie it all together so that you can start improvising over jam tracks, and try these ideas out. I seriously hope all of this will make sense to you. The way I see it there are two ways to go about this once you start to feel somewhat comfortable navigating these major and minor scales.

Option number one. Start with finding a jam track of your choice, and then check out what key it’s in and then simply use the chart below to find the corresponding scale to the mode and find out which one is best suited for it. Some jam tracks on Youtube actually put information about key in the description, which is very helpful.

For example, if the track you wanna play over is in B Phrygian mode than you should use the G major scale. And presto!

Option number two is very much home-made but works surprisingly well. I’ve come to realise that each and every one of these seven positions represent a mode. I know this sounds weird, but just hear me out.

Same thing can be said for position three, which we concluded was our major pattern. If you start your scale from the third position at the 9th fret, then all of a sudden you’re in D major. Or D Ionian. So what about the other positions?

Through trial and error I’ve concluded the following:

So to hammer it home once more. Say you want to play along to a jam track which is in C mixolydian. Simply find C (fret 8) and play position seven from there. And remember, if you’re moving up the neck the next position up is of course one, and going the other way means you change to number six. When in doubt as to which pattern comes before or after which, just use this.

I know this wasn’t exactly Berkley level music theory, but then again music theory was never my strong suit.

Nevertheless, I hope by now you have a better understanding of what modes are, why they are not the same as scales and what they sound like. But perhaps more importantly where to find them, and how to easily navigate the fretboard using the diatonic scale approach.

Over to you now. Time to find some interesting jam tracks, and start exploring the modes! Or why not check out our guide on 11 Best Free Online Guitar Lessons for even more things to learn. 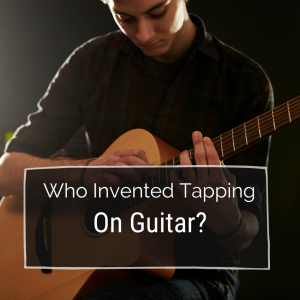 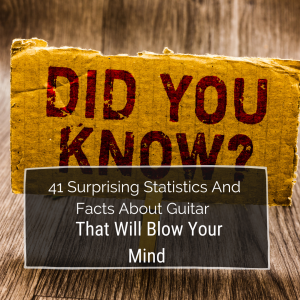 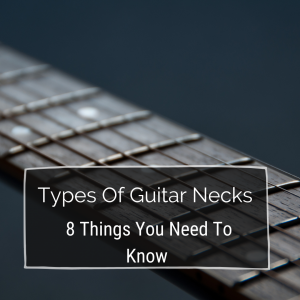 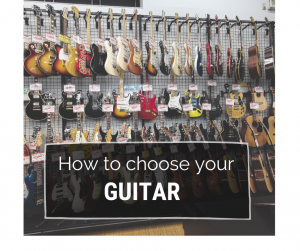