Tonewood is often an overlooked subject when looking for a new guitar, yet for any acoustic guitar it is the very essence of its existence.

For this very reason, we thought it would be appropriate to put together a comprehensive guide that would provide you with some much needed info. That way you’ll never be in the dark again.

I must admit, tonewood was never something I spent too much time with. Partly because I had a bigger focus on electric guitars, where it matters less, but also because I chose my acoustic guitars based on their looks.

Many of my guitar-crazed friends are well versed in the matter, but I only recently started to take an interest. So, I felt in order to level up my limited understanding I had to do some heavy research this week. And while educating myself it hopefully lights up the way for some of you as well. So without further ado, here is Tonewood – what you need to know.

What is the tonewood for?

When you shop around for an electric guitar you look at several things. Pickups, hardware, configuration of electrics etc. Tonewood may also be one of those things, but it’s usually not your top priority.

For acoustic guitars it’s a whole different ball game. As far as sound goes, tonewood is crucial. Just like pickups are to an electric guitar, if not more. The wood choices for body, neck and fretboard makes up pretty much the entire build of the guitar. And if you factor out strings, fretwire and pick attack they are almost entirely responsible for how an acoustic guitar sounds. Yes, that’s how important tonewood is when choosing an acoustic guitar.

I think it’s safe to say we all know that some woods sound brighter than others, and some of them sound darker and fuller. But do we know why?

First off, wood is organic, and therefore changes shape and density as it grows. Difference in density changes the sound. Not only that, different types of wood have different types of imperfections and characteristics, with varieties in pores and grain patterns. All of these differences translate into different tonal qualities. Not all types of wood are suitable for guitar making. There are also some that have become too rare, and are under heavy restrictions, for example Granadillo and Bubinga. We’ll get into the ones that guitar manufacturers tend to favour the most, and their tonal qualities, in a while.

The way an acoustic guitar is built and put together also plays a role in how it sounds, and you’ve probably heard comparisons between laminated wood and solid wood.

Laminated wood is many thin layers of wood that are stuck together with adhesives under pressure to form a sheet. This is a cheaper way of building a guitar, while also sporting an attractive grain on the surface without using a thicker piece of wood. The downside is that laminated wood tends to warp a lot easier, and offers less sustain and (arguably) a lesser tone.

Solid wood is of course its counterpart. It’s thicker, more expensive and offers better quality altogether. It probably wouldn’t be an exaggeration to say that the sound is also superior, with better tone and more sustain. That said, don’t make the assumption that all guitars built using laminated wood suck. Because they don’t. Ibanez for instance offers laminates with absolutely stunning aesthetics that are both durable and affordable. However you do tend to get what you pay for.

Guitar body (back and sides)

Hands down one of the most popular tonewoods for acoustic guitars. It’s been used for decades, and has a striking look to it with a dark brown coloring and a fairly straight grain pattern. It has a clear, bright sound with slightly enhanced lows and highs. Although it’s quite hard, and therefore a bit heavy, it’s porous nature gives it a rich and warm resonance.

Mahogany is very easy to spot with its reddish-brown colour. This tonewood became popular as it was a cheaper alternative to rosewood, but still had great tonal qualities. It’s high density provides a distinctly warm tone. The richness in tone resembles that of rosewood, but what it lacks in clarity it makes up for with an emphasis in the bass and mid range department. It’s also very durable.

This is an African tonewood that bears a lot of resemblance to mahogany, both in look and sound, although not always with as much red in them. And soundwise? This wood is really versatile, ideal for a number of different styles. While very similar to mahogany as far as lows and mids go, it does actually deliver a little more top-end definition.

This wood makes for gorgeous looking guitars. Many guitarists have parted ways with their cash for the awesome look of maple. Flamed maple and quilted maple are the ones most commonly seen. It has a very loud and bright sound, and provides an excellent separation of notes, making each note in a chord very distinguishable and clear. A lot more treble here than with rosewood or mahogany.

Koa comes from Hawaii and is traditionally used for Ukuleles. This is a more exclusive tonewood, and often only appears on special edition guitars and such. Although stunning to look at, there are definitely other reasons guitarists like to get their hands on a koa guitar. It is said to sound very bright in the beginning, but that it mellows a bit in time resulting in a more rounded sparkle and rich low-end. Due to the initial pronounced brightness it may not speak to players using plectrums, and might be better suited for a softer finger-style approach to playing.

Like koa, walnut delivers a lot of sparkle and brightness. And similarly, it will mellow down with age. Where it differs however, is in the midrange where walnut has a bit more punch, putting it somewhere between rosewood and mahogany. It also comes with a more affordable price tag.

There are of course a lot more tonewoods on the market. But they are either in decline, such as alder and  swamp ash, or not as suitable for acoustic guitars, like basswood. Of course, this can change over time, but we’ll leave it for now.

Apart from being nice to look at, the top is a vital part on your acoustic guitar. It is the one thing that sits between the strings and the body. So, putting some care and consideration into the wood used should not be overlooked.

Spruce is pretty much the John Doe of guitar tops, and sits on millions of guitars around the world. Why? Because it is very versatile, and has a very broad dynamic range. It therefore suits just about any playing style, and doesn’t cost a fortune. I’ve read in a few places that some say it lacks character. Maybe it does, you’ll have to be the judge, but then again we can’t have everything.

Perhaps not considered a John Doe, but definitely increasing in popularity. Even for steel string guitars. It’s less dense than spruce, so you might argue you get a little more character here with a little darker tone with less sparkle. It comes in a few different color combos but is generally not as light in color as spruce.

Not nearly as common for a top wood as the other two, but you still find it on some guitars. Very distinguishable in appearance, it also separates itself with a much warmer tone.

Also not as common as a top, but sure is attractive to look at. As already mentioned about maple, added brightness and tonal clarity can be expected.

It appears that for the most part, acoustic necks are either made out of maple or mahogany. This is because they withstand tension really well. So, it seems more focus should fall on the various choices for tonewood in the fretboards. Not only for sound, but also for playability and feel. These are the most common ones:

Rosewood is to fretboards what spruce is to tops; without a doubt the most common wood used. And no wonder, as it has a very smooth feel is incredibly durable. Durability is one of the more important characteristics here, since the fretboard is the most frequently abused part of the guitar and is most likely to wear out if made of lesser material. Also not very expensive, as ebony for instance.

Another material that lends itself extremely well to fretboards. Perhaps not as common as rosewood due to a higher price tag, but just as loved, if not more so. Again we’re talking a super smooth, solid surface with a natural oiliness and an almost ridiculous durability. Ebony adds a bright crispness to the sound, and provides a smooth sustain.

Here we have a less common tonewood, which also contrasts the other two by being very light in color. It’s added brightness in sound could very well be used to balance out a body that has a very dark and warm tone.

Like maple, walnut isn’t used as often as fretboard material. Perhaps it is purely about aesthetics, I’m not sure, but it is just as resilient and smooth as rosewood. This makes it an excellent choice for a fretboard. Like with maple it brightens the sound somewhat, but is slightly more balanced with more emphasis on mids.

Looking to buy an acoustic guitar is a very different experience from that of it’s electric counterpart. The tonewoods chosen is very much the soul of the guitar, and should be considered with care. Tone is not everything, as playability and looks play a big role too. But knowing a little bit more about tonewoods can make your search a lot easier, and definitely more enjoyable. If you’re looking for more tips, check out our guide on How To Choose Your Guitar. 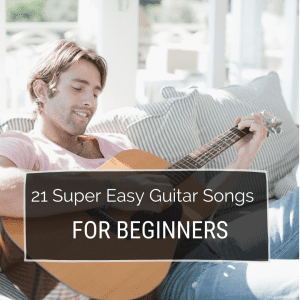 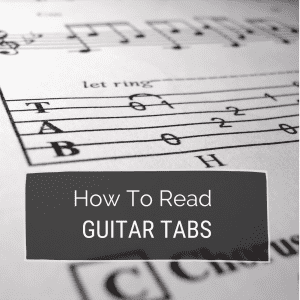 How To Read Guitar Tabs 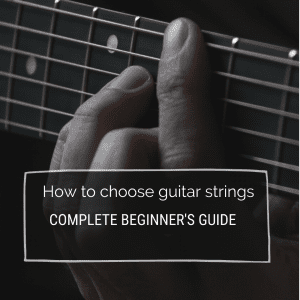 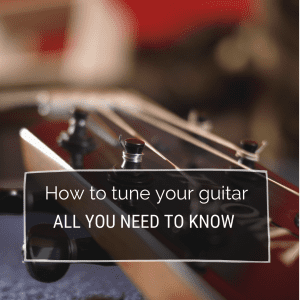 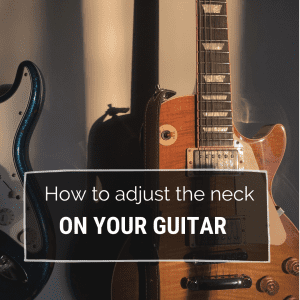 How to adjust the neck on a guitar 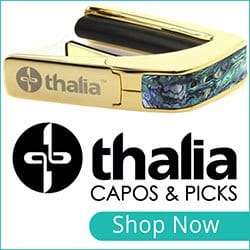